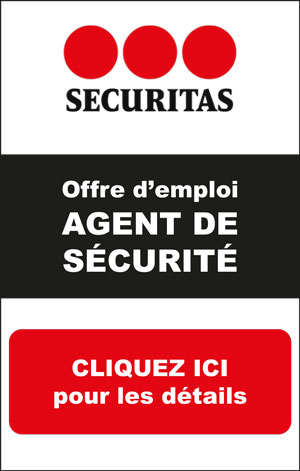 The Cantley Story: Margaret Phillips offers a picture into the history of Aylmer’s neighbours to the north

On February 3, Margaret Phillips, president of Cantley 1889, gave a Zoom talk about Cantley history.  She lives in a house in Cantley built in 1867.  Cantley 1889 is a local historical society.  Here is a brief account of Cantley history.
In the 1880’s, the territory that is now Cantley was part of the Township of Hull.  In 1857, the first postmaster in Cantley gave the place its name, and two years later the Township of Hull was divided, with Cantley becoming the Township of East Hull.  Thus, in 1889 it became an autonomous municipality.
The first white settlers came to the area to farm, in 1829—Andrew Blackburn and his sons.  During the 1800’s, Cantley relied on a highway to get to Chelsea and thus to the outside world.  In 1890, a train made that trip quicker and easier.
A general store opened in 1863, lasting till the end of the twentieth century, to be replaced by a Mexican restaurant.  Cantley’s first white settlers were Scots, Irish, and French, so the restaurant is symptomatic of the changes happening.  Other ethnic groups were to be found.  The current mayor, David Gomes, has a Portuguese name.
The Cantley men of the 1800s were farmers, loggers, and miners.  Farmers often supplemented their incomes by working in the other occupations as well, leaving their wives to run the farms.
Phillips noted that the Cantley pioneers got along, regardless of national origin or Catholic or Protestant religion.  In spite of the Scots-Irish predominance at the time, the first mayor of East Hull, Alexandre Prudhomme, bore a French name.  He served from 1889 to 1894.
Cantley remained an autonomous municipality till 1975, when the politicians in Quebec City decided that bigger was better and included it in an amalgamated Gatineau.  The people of Cantley grew to resent the switch, feeling that they were being neglected and left with inadequate and inferior services.  In 1987, Cantley protesters, upset by lack of a local dump, stormed Gatineau City Hall, leaving garbage.  As a result of the agitation, a referendum was held in 1989—a hundred years since Cantley was first autonomous.  97% voted to leave Gatineau and Cantley was resurrected.
Cantley 1889, the organization, owes its beginning to the encouragement of Mayor Steve Harris in 2010.  Musician and playwright Ian Tamblyn became intrigued by Cantley and authored a play, “A Summer. . . A Fair,” based on Cantley and hits history.
The white settlement of Cantley began with the Blackburns.  That family name occurs all over the area, in Quebec and across the river in Ottawa.  There, Blackburn Hamlet is part of Ottawa.
Blackburns lived in Cantley, worked there, married, raised families, and died.  On July 17, 2021, Cantley 1889 had a public unveiling of a plaque at the Blackburn Pioneer Cemetery, which served the Blackburn family and some of their neighbors from 1842 till 1920.
There is of course much more that could be said about Cantley, but Phillips’ introductory words to her talk point to one area that may well call for exploration. She began by acknowledging that Cantley lies on unceded Algonquin territory.  A fuller account of Cantley’s history might endeavor to uncover the Aboriginal place in the story.